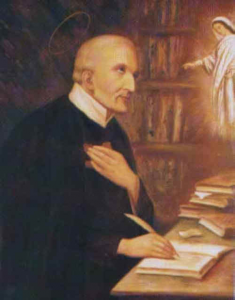 What are Moral Absolutes and Why Are They Important for Catholic Morality?

There are certain moral human acts that are intrinsically evil, that is they are always wrong and thus are considered moral absolutes. Moral absolutes are “the universal negative rules of the moral law”, according to Pope St. John Paul II’s Veritatis Splendor. JP II writes, “There are acts, which in the Church’s moral tradition, have been termed ‘intrinsically evil’: they are such always and per se, in other words, on account of their very object” (Veritatis Splendor, 80).

No matter the circumstances and the intent, such acts are always wrong, they are always choices we shouldn’t make because they are intrinsically evil and because they are incompatible with the Christian vocation to love God and neighbor (CCC 1761). Some examples of moral absolutes are the Church’s teaching on marriage and sexuality, murder, abortion, and euthanasia. The Catechism of the Catholic Church echoes that moral absolutes are expressed in negative terms; yet positive terms are inherent in the definition of moral absolutes because the essence of all is perfect love of God and of neighbor. Each negative commandment then can be seen in a positive way, each protecting a certain fundamental good necessary for a life pleasing to God. For example, the prohibition against directly killing the innocent underscores the requirement to protect the good of human life. Put most eloquently by Dr. Peter Kreeft, moral absolutes are “the unchanging rocks beneath the changing waves of feelings and practices” “A Refutation of Moral Relativism”, (Kreeft-Catholic Culture). Moral absolutes are important for Catholics because, in view of Dr. Kreeft’s definition, they give Catholics a fixed foundation, a rock-solid ground on which to build a holy life, a moral life pleasing to God.

What happens when Catholics build their moral framework on feelings and misguided thoughts and misinformation? Francis Canavan indicates in “The Horror of the Absolute” that if moral absolutes don’t exist, then we are left with individual morality-each person imposing his or her will on others. Reason collapses into incoherence, and therefore no firm conclusions are arrived at by anyone. Canavan writes, “If moral good and evil can be judged in isolation from the object toward which a human act is directed by its very nature, there are no fixed premises from which we can reason to firm conclusions…. In a system of pure proportionalism good and evil come to be simply names that we attach to what we want or do not want” (Human Life Review, Winter 1997, vol. 23, no.1, 91-97). Proportionalism is a writ large rejection of moral absolutes. Its moral framework weighs good and bad effects and never really isolates or defines ‘good’ or ‘bad’ in terms of absolutes. This framework is built on shifting sand. There is no standard to judge acts without moral absolutes. If moral absolutes are rejected, as is often the case today, good and evil are judged in isolation from the object of which the human act is directed.

Why Do Some Reject Moral Absolutes?

Many people reject moral absolutes for several reasons. First, they don’t know what God reveals in Scripture or they don’t believe in Divine Revelation. Francis Canavan says of the loss of the moral absolutes, “…it is the result of a loss, not only of faith in divine revelation, but of confidence in reason itself” (“The Horror of the Absolute” in Human Life Review, Winter 1997, vol. 23, no.1, 91). Second, people may know what God and the Church teach, yet they reject moral absolutes because they have said to God, “Not thy will, but my will.” All people are fallen by nature and without God’s grace, they are inclined to hard-heartedness, purporting to know better than God and his Church. They set themselves up as their own magisterium. It’s a sin of Adam, wanting to be like God and eating of the Tree of Knowledge of Good and Evil, thus proclaiming for one’s own what is and is not sin. Third, embracing moral absolutes may seem too difficult for some, to follow the ‘narrow path’ that leads to righteousness and a place at the heavenly banquet table. Jesus’ yoke is light, if one leans on Him and the graces received from God through the Catholic Church to lead a moral life. People try to go it alone and that’s where they find difficulty. Fourth, people perhaps misunderstand the mission of the Church which is to get souls to heaven. They mistakenly think that the Church with her absolute morals is trying to make life difficult. If you understand that Christ established a Church whose main mission is to get souls to heaven, then you understand the Church’s stance on prohibiting acts that will get you excluded from the Heavenly Kingdom. Lastly, proportionalism or the rejection of moral absolutes gives people a way to rationalize themselves out of sacrificial love. Christ says to follow him we must take up our crosses (Matt 16:24-26), but for some people who disregard moral absolutes, they may doubt they’re capable of sacrificing. Their moral framework offers them an opt out of suffering as they are drawn to this theory of Proportionalism which negates suffering and its relationship with true love. To follow Christ in truth, we must be willing to suffer. The Church teaches there is a spiritual value of suffering, and if we are unwilling to suffer and sacrifice for love, we cannot follow Christ.

As Pope St. John Paul II explains in Veritatis Splendor, moral absolutes, prohibiting certain concrete actions or kinds of behavior as intrinsically evil, protect the dignity of the person and are required by love of neighbor as oneself. He writes, “Reason attests that there are objects of the human act which are by their nature ‘incapable of being ordered’ to God, because they radically contradict the good of the person made in his image” (VS, 80). What does the greatest harm from denying moral absolutes is precisely the degradation of human dignity which comes from the fact we are made in God’s likeness. It is the abandonment of moral absolutes that allows evil to corrupt our lives, rendering the way we live incompatible with our Christian vocation to love God and each other. Pope Francis said, “God takes us as we are, but never leaves us as we are” (General Audience, 12.2.2020, Pope Francis on grace). His point is that we are all called to continuing conversion which means we must put aside sin that that keeps us from living a life worthy of our calling, to be sons and daughters of God. Understanding moral absolutes, then, is critical for understanding much of what the Church teaches regarding morality and for conforming our moral lives to Christ’s. Dr. Samuel Gregg in his article “Why Moral Absolutes Matter” indicates that moral absolutes are a tangible sign of God’s love for us. He writes, “The moral absolutes consequently function as signposts on what Christ describes as ‘a hard road that leads to life’ (Mt. 7:14). In this sense, adhering to these absolutes is the first step towards true freedom…for living out the Christian life: the flourishing which we realize through living the virtues and achieving mastery over ourselves as children of God” (why-moral-absolutes-matter).