Freemasonry and the Catholic Church 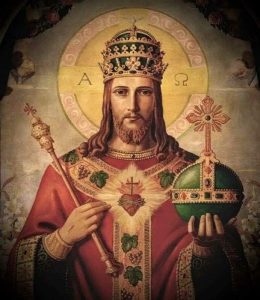 What is Freemasonry and why does the Catholic Church condemn it? Many of us have known family members, close friends, and good people, who have joined the Masons, Shriners, Eastern Stars, DeMolay International, or Rainbow Girls. Aren’t the Masons just a nice group of people trying to do good in the world? Many of them are. So why would the Church forbid membership? We must look at a.) what the Freemason group is essentially, and b.) what the Church teaches about this in order to understand why the Church condemns it.

A brief history of the Masons points to their medieval origins, guilds of brick layers who banded together for practical business purposes. Many of the original brick layers, or the mason’s guild, built the stunning Catholic cathedrals across Europe. The origins are pure enough. However, these practical masons as a group were usurped by an anti-Catholic organization, organized in London in 1717. These Englishmen were a group of Protestant ministers and lay people who repackaged masonry to create what is known as the modern-day Masons. They had some dark goals in mind, to take down the Catholic Church so that secularism could reign. For them, authority was evil and had a stranglehold on the real progression of mankind. Their ideas stemmed from the Enlightenment period where “learned” men believed that reason reigned supreme, and that man could reason to God from purely naturalistic tendencies. From the 18th century onward, Masonic thought, and in some cases Masonic actions, were behind many revolutions, including the French Revolution in 1789, the Bolshevik Revolution in Russia, as well as the innocent slaughter of the Cristeros Martyrs, whose relics we venerate at Little Flower.

Freemasonry, a religion unto itself, teaches the fatherhood of god (who is called the Great Architect), the brotherhood of man, and the immortality of the soul. At first glance these precepts seem compatible with Church teaching, but this couldn’t be farther from the truth. First, the fatherhood of god is the belief in a god who is not a Trinity. For the Mason, god is known by reason alone (not reason and faith, which is the Catholic position.) This is known as rationalism. One can believe in the Trinity, but this is negotiable for the Mason. For Masonry, all religions are on equal footing as far as the truth goes, religions which include Buddhists (agnostic), Muslims, Hindu (pantheists), and others. As Catholics, this is incompatible. The Trinity is non-negotiable; we must believe in the Trinitarian God and deny false gods if we are Christians. The mixing of all religions like this is called syncretism and is condemned by the Church. Further, we come to know the truths about God from faith and reason (Trent, Vatican I, Fides et Ratio (JPII), and other Magisterial teaching); reason is not supreme as the Mason “creed” suggests. The Trinity and the Incarnation, on which our Faith stands, are just two dogmas revealed through theological Faith. Second, the brotherhood of man is an allegiance at all costs to Masonic brothers. The Masons take oaths to protect fellow Masons, even if a fellow Mason is guilty of criminal activity. Catholics must not take part in such oaths. Third, while Catholics do believe in the immortality of the soul, we reject that doing good works and moving up in ranks (degrees) helps souls get to heaven. This type of heresy was condemned by the Church in 5th century during the Pelagian heresy, which erroneously taught Christ didn’t redeem the human soul, but with good works one can be redeemed. The Church teaches that our immortal souls are redeemed through Christ alone and that through the power of baptism we are saved. (I Peter 3:21).

Freemasonry is a religion which is gnostic (hidden or secret knowledge is power), rationalistic (reason alone guides us into all truth), syncretistic (melding of all world religions, giving equal footing to them all), relativistic (you have your truth and I have mine.), and indifferent (just keep quiet and get along, it doesn’t matter what you believe.) This indifferentism associated with Masonry is probably the most urgent reason to reject it. For a Catholic (and other Christians), the fact that Masons’ “creed” is to ignore Jesus as the Way, is more than just problematic. Jesus promised us division by His Name (Luke 12:51). We must never deny the name of Jesus for the sake of unity. This is one of the grave evils in our modern society. Further, the swearing of oaths, placing the lodge over any other authority, and the inimical relationship between Masons and the Church are additional reasons for the Church’s condemnation. Finally, eight popes from St. Clement XII (1738) onward have condemned it, teaching of its grave sin. Pope Leo XIII writes Inimica Vis, ch.2,

Our predecessors in the Roman pontificate have in the course of a century and a half outlawed this group not once, but repeatedly. We too, in accordance with Our duty, have condemned it strongly to Christian people, so that they might beware of its wiles and bravely repel its impious assaults. Moreover, lest cowardice and sloth overtake us imperceptively, We have deliberately endeavored to reveal the secrets of this pernicious sect and the means by which it labors for the destruction of the Catholic enterprise.

One of the most recent statements from the Vatican concerning Masonry comes from then prefect for the Congregation for the Doctrine of the Faith (CDF) and now Pope Benedict XVI who writes, “The faithful who enroll in Masonic associations are in a state of grave sin and may not receive Holy Communion” (Declaration on Masonic Associations, 1983, CDF).

Often our family members or friends who have taken oaths to Freemasonry are just misinformed or ignorant of all that involvement with Masons entail. The Church’s mission to give glory to the Triune God and to get souls to heaven is at stake if she doesn’t teach the truth. The Church proclaims Christ crucified and warns us against the grave evils of Freemasonry. She gives her faithful the Knights of Columbus and the St. Vincent de Paul Society as organizations to care for the poor. She is one, holy, catholic, and apostolic, united, not under the brotherhood of man, but under Christ, His vicar, and His sacraments.

Read: Declaration on Masonic Associations Cardinal Ratzinger (Pope Benedict XVI), then Prefect for the Congregation of the Doctrine of Faith, 1983.